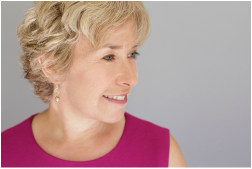 Lisa is a voice teacher, choral conductor and professional mezzo-soprano.

Originally from Alberta, Lisa completed a Bachelor of Music/Bachelor of Education degree from the University of Lethbridge, specializing in elementary, intermediate and senior choral music.  She moved to Ottawa where she received a Master of Music in Vocal Performance at the University of Ottawa.

As a soloist, Lisa frequently sings with choirs and orchestras throughout Alberta, Ontario and Quebec. Lisa has been involved with Opera Lyra chorus, Cantata Singers of Ottawa, Seventeen Voyces, the Vancouver Chamber Choir National Director's Symposium, and the Valley Festival concert series. She regularly performs with her Ottawa-based vocal ensemble “Tria”, and has appeared in numerous concert series including the Ottawa Musical Arts Club Gala Evening and the CBC National Gallery lunch hour series.

Lisa has a very active vocal studio in Arnprior, Ontario where she teaches both school-aged and mature students.  She creates an enjoyable, fun and positive learning environment for all students.  She is extremely proud and inspired by many of her former students using their voices in Canada and other countries in a variety of ways.

Devoted and committed to promoting the Arts in Arnprior, she is the founder of the Arnprior Summer Music Camps, the Arnprior Community Choir, Two Rivers Musical Productions, the Ottawa Valley Girls Choir, and an exciting ladies ensemble "Tutti". These programs are a mainstay in the cultural arts scene and have provided many singers with the opportunity to experience exceptional solo and choral music. 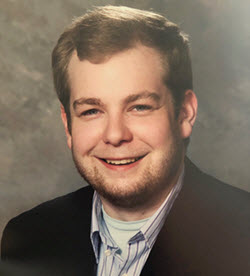 Ian is an Organist, Pianist, Choral Conductor, and Church Musician.

Raised in Carleton Place, Ian began taking piano lessons at age 7. When he was 13, Ian discovered the Pipe organ and was hooked. He started studying the organ with the Organist of Notre Dame Cathedral-Basilica, Jennifer Loveless in Ottawa. After completing High School, Ian moved to Montreal, in order to attend McGill University, studying organ with Professor Hans-Ola Ericsson, a prominent and world-renowned Swedish organist. While at McGill, Ian sang in the McGill University Choir under the direction of Prof. Dr. Jean-Sebastien Vallee. He also played harpsichord in Early Music Ensembles, and participated in many workshops with world-renowned organists such as Jean-Pierre Leguay, Olivier Latry, and Jonathan Oldengarm. Ian’s future endeavours include attending the University of Ottawa to obtain a Bachelor of Education.